SOPHIA ANTIPOLIS, France – December 9, 2020 | QuantumScape is an American company founded in 2010, a spin-off from Stanford University. It develops new and advanced energy storage solutions, notably solid-state batteries. Volkswagen and QuantumScape have been collaborating since 2012. Volkswagen started to strengthen their partnership in 2018 by investing $100 million in QuantumScape. It then announced in June 2020 that it would invest $200 million more. QuantumScape has scheduled to start mass production for the second half of 2024. In November 2020, QuantumScape successfully went public (press release).

In 2012, QuantumScape acquired IP rights to 8 patent families from Sisom Thin Films while it started to file its own patents, with a stable patenting activity since then (Figure 2). Sisom Thin Films is an American company specializing in the manufacturing of semiconductors and related solid-state devices. It provides a refined chemical bath deposition process (liquid-phase, vapor-phase, gel-phase) that allows the substrate to be coated with nanoparticles at high growth rates and substantial film thickness. The Sisom patents acquired by QuantumScape relate to thin films and their manufacturing method for various materials: zinc oxide (US7700161), high Li-ion conductivity solid-state electrolyte (US8349498, US2011017152), alkali metals (US20110171398), copper-containing ternary and quaternary chalcogenide (US7972899), solid-state cathode (US8465556) and composite electrodes (US9666870, US20150110971). More recently, QuantumScape co-filed a patent with Kyoto University on polyacrylonitrile gels for energy storage (WO2019213159). Despite their strong partnership, QuantumScape and Volkswagen have no co-assigned patents. “Interestingly, the main patent applicants referring to QuantumScape’s patents in their own patent applications are the major IP leaders in the solid-state battery field: Toyota, Bosch, LG Chem and other well-known players such as Ford, Global Graphene, the University of Michigan and Apple,” indicates Fleur Thissandier.

On its website, QuantumScape reveals the concept of its battery composed of a cathode, solid-state electrolyte separator and a lithium metal anode. However, there is no specification on the nature of the solid electrolyte material. A close investigation of its patent portfolio can give us clues about their choices. More than 60% of QuantumScape’s patent portfolio pertains to solid-state batteries. The company holds patents on the whole supply chain of solid-state batteries (electrolyte materials, electrolyte layer manufacturing, electrode manufacturing, battery composition and manufacturing). This strategy highlights their willingness to overcome all challenges to succeed in the solid-state battery field, i.e. improve solid electrolyte performances to improve battery performances (energy and power densities, capacity, maximum voltage) and stability, improve the electrode/electrolyte interface to reduce the global battery cell resistance (example in Figure 3) and thus improve its power density and stability, and develop manufacturing processes compatible with industrial production.

Figure 3: (QuantumScape’s patent US20150357644). The invention reveals a low-porosity electrode for a solid-state battery with mixed-sized materials containing ion conductor material, cathode material, electron conductor and binder. The patent is granted in Europe (Switzerland, Germany, France, UK, Ireland), China, Hong Kong and the US, and still pending in Japan and Korea. 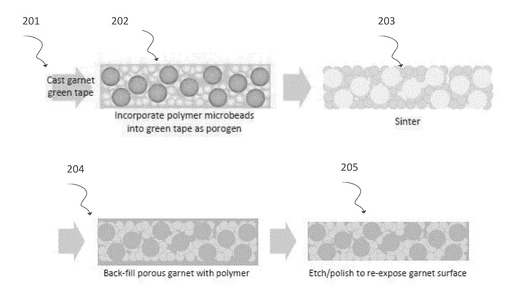 Figure 4: (QuantumScape’s patent US20200067137). The invention reveals composite electrolytes including both organic and inorganic components and their manufacturing methods. The patent is granted in the US and still pending in China, Europe, Japan and Korea.

In the garnet solid electrolyte patent landscape, QuantumScape is among the IP players with the highest number of pending patent applications. Up to now, QuantumScape has only a few enforceable patents (granted) and thus has a relatively weak blocking potential compared to other companies such as BASF, Toyota or NGK. However, its IP position could be strongly improved if the patent offices grant its numerous pending patent applications. QuantumScape holds patents on the three main topics that have emerged recently in garnet-related patents: manufacturing methods of solid electrolyte layer/materials containing garnet with an inorganic additive, material composition and manufacturing methods of garnet materials containing additional elements (Ga, Ca, Sr, Y, W, Ba, Sr, etc.), and material composition and manufacturing methods of garnet materials with an O-substituent element (N, S, Se, F, Te, X).

“Looking at patents enables us to learn more about QuantumScape’s current R&D developments and thus about their potential future products,” affirms Fleur Thissandier. QuantumScape has a patent on a solid-state Li-air-based battery cell (US8940446) and a relatively high number of patents on conversion materials (US20160049655, US20140284526, US20140272564, US20140170493). Conversion materials are very promising candidates for achieving next-generation batteries with higher energy densities because of their high theoretical capacity originating from multiple electron transfer per redox center. However, most conversion type materials are facing severe limitations in terms of low reversibility, large voltage hysteresis, detrimental active material dissolution and poor cycle life.

Patenting activity in the battery field is really thriving, and attractive at every level of the supply chain, especially on hot topics such as NMC cathode, silicon anode and solid-state batteries. In such a very competitive and dynamic environment, it becomes more and more critical to have good knowledge of the patent landscape and understand the strategy of the players involved. As such, Knowmade has published several reports and set up multiple monitoring services in order to track and analyze the latest patenting activity of IP competitors involved in the development of Solid Electrolytes for Li-ion Batteries, Solid-State Batteries, NMC Li-ion Batteries, Post Li-ion Batteries and Silicon anode for Li-ion Batteries (upcoming report in 2021).