SOPHIA-ANTIPOLIS, France – September 14, 2020 | Aledia was spun off from Cea-Leti in 2011 to develop a disruptive 3D LED technology based on the standard 200-mm Si platform, which would shrink the cost per chip in comparison with the conventional 2D LED technology. Earlier this year, the startup announced its plan to build a first manufacturing facility in the Grenoble area, France, to address a market estimated to be worth around 120 billion dollars and related to displays for computers, tablets, smartphones and AR glasses (Les Echos press release). Aledia plans to enter mass production of micro-displays by 2022.
Jointly with Cea-Leti, Aledia has developed the fabrication of 3D LEDs based on GaN nanowires grown on large-area Si substrates, leading to the filing of more than 100 patent families (single inventions filed in multiple countries) since 2012, grouping more than 440 patents and pending patent applications worldwide. “Interestingly, more than 180 patent applications have already been granted, putting the emphasis on Europe (90+ patents) and the USA (50+ patents), although a significant number of patents were also granted in Asia (China: 19, Japan: 10, South Korea: 4 and Taiwan: 4),” says Remi Comyn, PhD, Technology and Patent Analyst Compound Semiconductors and Electronics at Knowmade. “Importantly, 29 patent families have not got a granted member yet; mostly inventions filed in the last three years and related to display applications (21),” adds Remi Comyn.
As of September 2020, Aledia owns 58 patent families focused on nanowire LEDs (Figure 2a). The startup first considered residential lighting and automotive lighting as the most promising markets for its novel technology, explaining the presence of companies such as Ikea and Valeo among its investors. However, the French startup eventually decided to target display applications, which translated into more than 40 additional patent families related to displays in Aledia’s portfolio, with more than 30 patent applications filed in the last three years (e.g. EP3479401, Figure 1). In the Nanowire LED patent landscape, several players such as Samsung and glō are following a similar trend. As a result, the patenting activity related to nanowire-based micro-displays took off in 2016/2017 and is expected to accelerate in 2020/2021 as more and more players are racing towards micro-LED commercialization (Figure 2b). 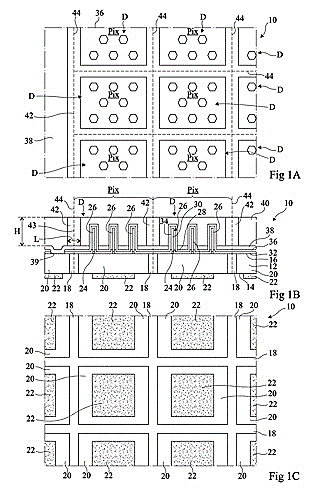 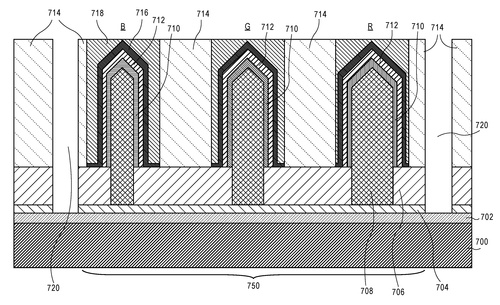