SOPHIA ANTIPOLIS, France – January 12, 2017| 3D is becoming a key technology platform for increase integration, either for heterogeneous integration (like for MEMS and CMOS image sensor) or for increasing the performances (like for DRAM and IC partitioning). When a company has started to adopt TSV, there is no turning back.

In 2016 again, both market segments, high end and low end, were the main targets of the TSV technologies providers. In its latest advanced packaging technology and market analysis entitled 3DIC and 2.5D TSV Interconnect for Advanced Packaging: 2016 Business Update report, Yole Développement (Yole) announces, high volume production started: 3D TSV is a reality, especially in the memory industry… Amongst a dynamic advanced packaging market showing an overall advanced packaging revenue CAGR estimated at 8%, rising to US$ 30 billion in 2020, the development of TSV platforms is still pushed by the need to the increase of performance, functionalities and integration; in addition, form factor and cost reduction are also part of the playground. The More than Moore market research and strategy consulting company proposes today an overview of the 3D/2.5D IC packaging technologies per application. In addition to wafer forecast for 2015-2021 for different TSV applications, Yole’s analysts will review the status of the current and future 3D IC products, the teardown of the major products using TSV in 2016 (including the evolution of Sony stacking technologies) and the patent trends. They also will describe and analyze the dedicated technology roadmap per device and highlight the organization of this market including supply chain activities, list of key players and OSAT and foundry strategies. 3D TSV technology is becoming a key solution platform for heterogeneous interconnection, high end memory and performance applications. The webcast ‘TSV technology: a key platform for heterogeneous integration’, hold on January 16, will mix market, technology and patent analysis from Yole Développement, System Plus Consulting and KnowMade, all part of the Yole Group of Companies. 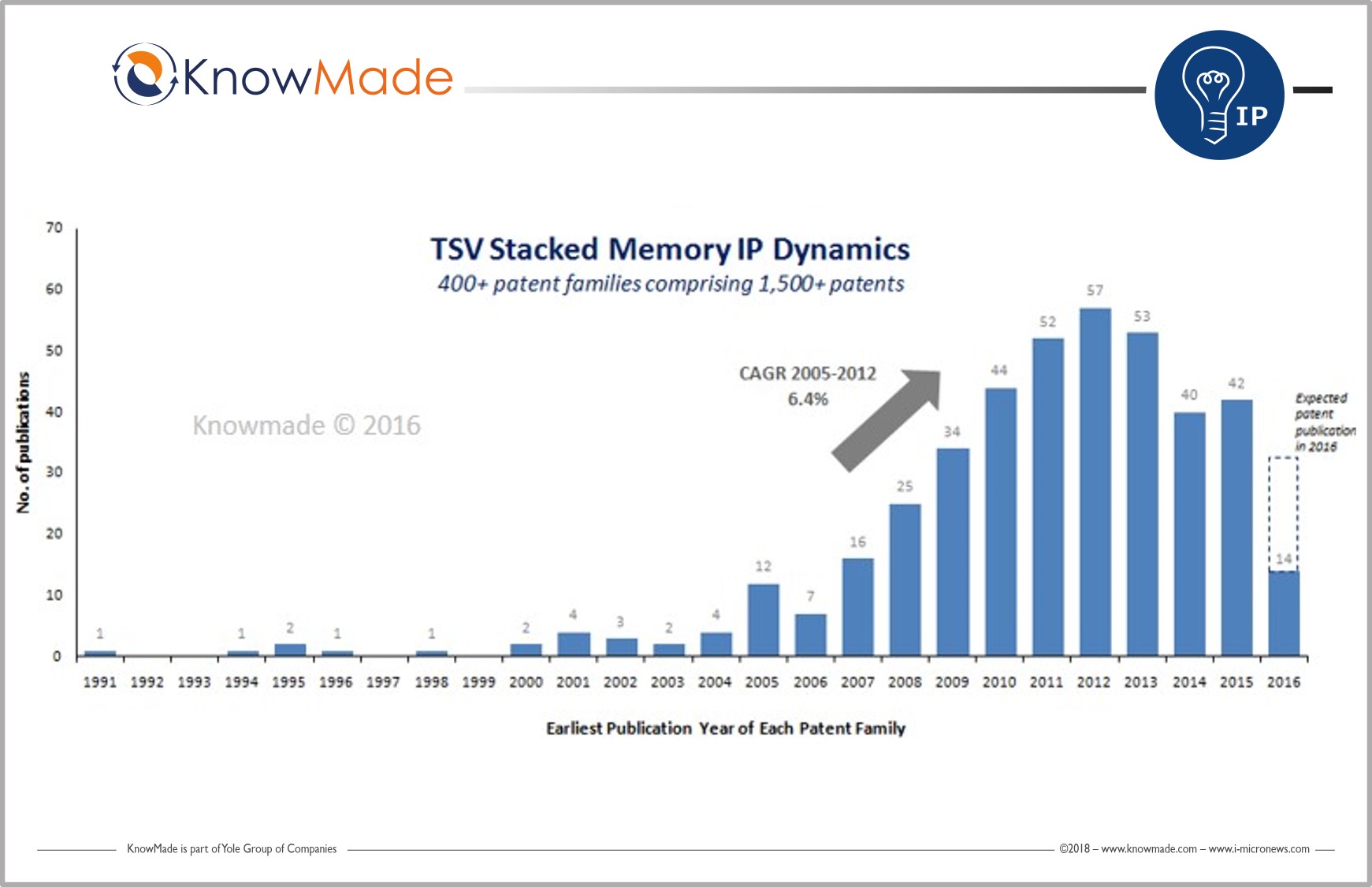