SOPHIA ANTIPOLIS, France – April 28, 2020 | According to Optofluidic Bioassay, COVID-19 antibody testing which is portable, fast, cheap and highly precise could be possible with a microfluidic device invented by the company. Optofluidic Bioassay was founded in 2015 as a spin-off of the University of Michigan. The company was identified as relevant microfluidics company in the report Microfluidics Startup identification published by Knowmade in March 2020. Indeed, Optofluidic Bioassay owns 2 recent patent families (WO2018/165354 and WO2019/204187) with several pending applications worldwide.
The first invention aims at making an ELISA system that is fulfilling the needs of point-of-care applications. The goal is to make it rapid, affordable, portable and complete. Other benefits from this invention is a better compacity of the system, allowing its use in limited spaces, in emergency critical care sectors, as well as research and development laboratories and field applications. The second invention aims at providing improved methods and systems to drain microfluidic devices that will avoid the occurrence of stagnated liquid plugs. Optofluidic Bioassay claims it has been achieved by maintaining the differential pressure between the inlet and outlet regardless of whether there is the liquid plug in each microfluidic unit. 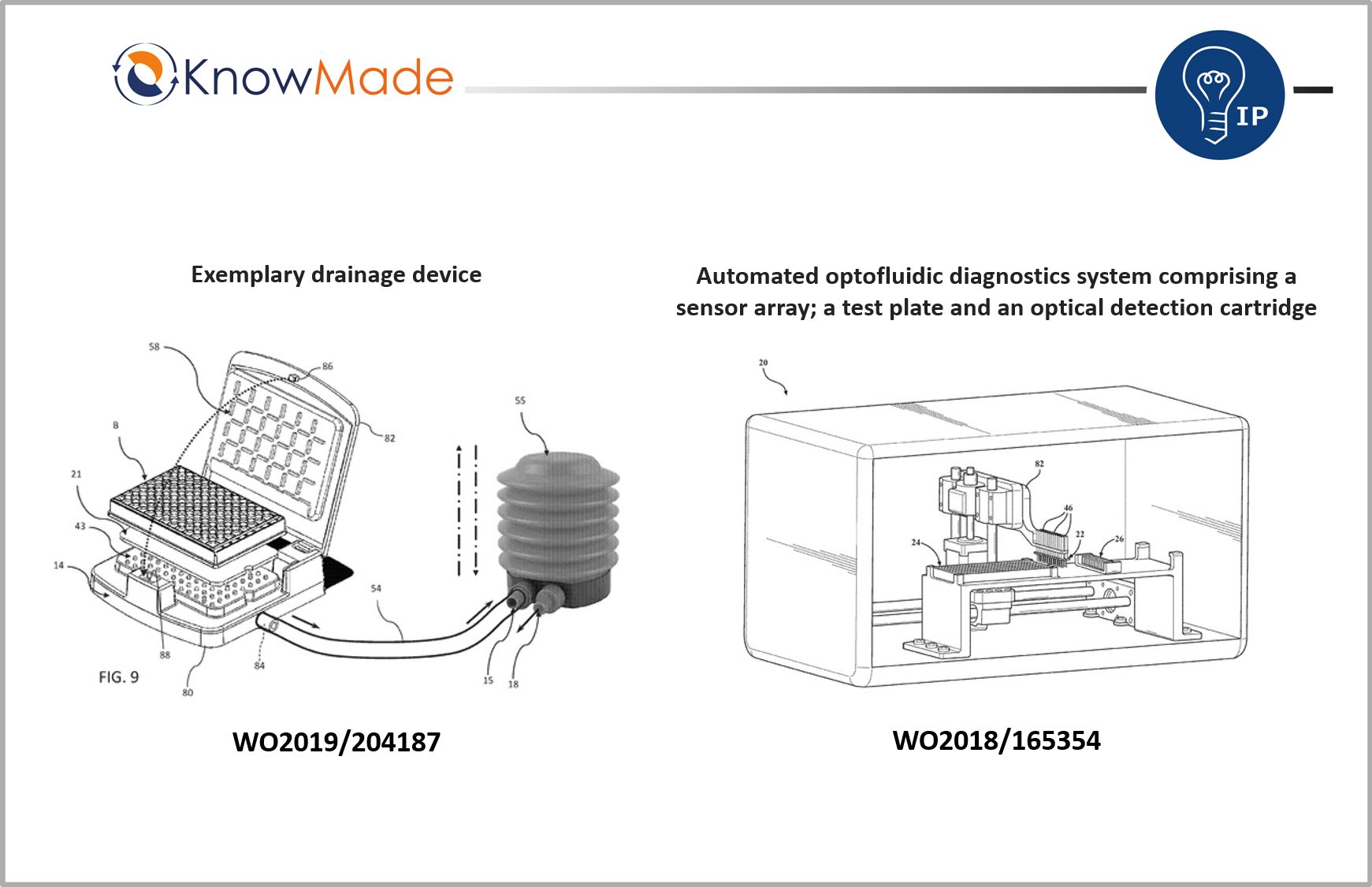