Fluidigm is taking a leading IP position in emerging microfluidic technologies.
Publication May 2017 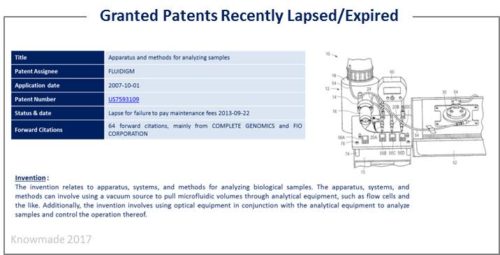