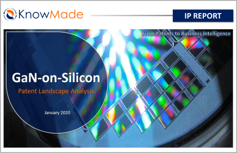 Our other semiconductor materials and substrate patent landscapes.